No I'm Not Yes I am
The tasting room is currently open and pouring! Last call is at 7:50pm Get Directions X
Port Brewing/Events & Appearances
Categories

Tasting Room. An exclusive exploration into The Lost Abbey barrel archives, Barrel Night will continue the tradition of unearthing hidden treats from the depths of The Lost Abbey Barrel Program.

Barrel Night will be limited to 150 guests at $100 per ticket. The price will include samples of the barrel-aged rarities as well access to the core lineup of Lost Abbey Beers. In addition, Two (2) bottles of the extremely limited Veritas 012 will be included with the ticket as well as a commemorative Lost Abbey glass.

Fine cheeses, artisanal bread, and an exquisite selection of cured meats and pates will be available, with suggestions for each pairing.

Tickets go on sale at 10am on Tuesday, October 15th at right here at www.lostabbey.com. Tickets will be limited to 4 per person.

How Much: $100 per ticket; maximum of four tickets.

Tickets go on sale Tuesday, October 15th, 2013 at 10am PDT and must be purchased online. 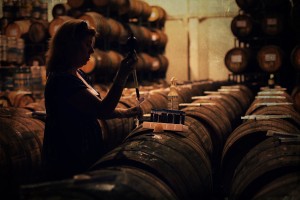