No I'm Not Yes I am
The tasting room is currently closed and re-opens today @ 2:00pm Get Directions X
Port Brewing/
Navigate 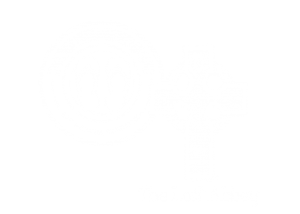 The Lost Abbey and Port Brewing are both brands of Port Brewing Company. Like Chevrolet and Cadillac, or Taco Bell and KFC, both are produced by the same company, but targeted for different markets.

Either way, they’re all produced in the same brewery by the same staff.

Nope. Two of our founders, Vince and Gina Marsaglia, are the owners of the Pizza Port empire, and a third Port Brewing founder — Tomme Arthur — used to be head brewer at Pizza Port.

It’s true that Port Brewing spun-off of Pizza Port several years ago, but it’s a completely separate company with its own brewers, employees and direction. Even the beer names we share with Pizza Port — Hop 15, Shark Attack, Wipeout (holdovers from when our head brewer was theirs) — have gone in different directions. (If you think TV shows, we’re the Frazier to Pizza Port’s Cheers.)

Sure, we’re proud to have “Port” in our name, and we still stay in contact with the extended family. But like any member that grows up and moves out on their own, we’ve established our own identity and we’re making a unique mark on the world on our own terms.

Pizza Port is an awesome place both for their tasty grub and fine grog, but if you want to know more about what’s going on there, you’ll have to check out their website www.pizzaport.com or give one of their locations a visit. (And if you do drop into a Pizza Port, can you do us a favor tell them we said “hi” and we’re sorry we haven’t called. We know we should, but we’ve just been really busy.)

No. We took over Stone Brewing’s old brewhouse when they moved to their new digs in Escondido, CA back in 2006. And while the building (and some of the equipment) is the same, we’ve made quite a few additions and changes (including a massive barrel room and a 42 foot tasting bar) since Stone was here.

Unfortunately, some online map companies, and quite a few websites, haven’t updated in the past half-decade or so, so we do end up with quite a few confused folks from out-of-town. But we’re always happy to serve a few of our own tasters and give the proper directions to the new Stone facility.

What does that sign over your barrel room mean?

A lot of people ask about the 8 foot sign over the threshold to our barrel room that reads In Illa Brettanomyces Nos Fides. It’s a Latin phrase that roughly translates to “In the Wild Yeast We Believe” (okay, for you purists it technically means “in this place we have faith in British fungus”, but that’s nowhere near as cool sounding).

For those of you who aren’t current on your yeast strains, Brettanomyces (or “Brett” as its friends call it) is a wild yeast prized for the complex flavors and sensory compounds it produces.

Unlike other yeasts commonly used in brewing and winemaking, Brett can be unpredictable — producing a wide variety of flavors from clove and spices to sweaty feet and old band-aids — as well as notoriously difficult to control (a Brett breakout can taint an entire brewery or winery for years). As a result most brewers (and nearly all winemakers) avoid it at all costs.

Here at Port Brewing and The Lost Abbey, however, we make liberal use of it (as well as other microscopic critters with cool names like Pediococcus and Lactobacillus to produce some of our most interesting and sought after beers.

And sticking an 8 foot homage over the threshold of a barrel room holding thousands of gallons of beer filled with the little bugger, well that’s just our way of saying “Afraid? No way. We love the funk!”

Our Private Label Beers
We don’t distribute or sell beers like Cable Car, Brouwer’s Blend and Churchill’s Finest Hour. They are produced by us for the Toronado, Brouwer’s Cafe and Churchill’s Pub. Those establishments pay for the production, bottling, etc., and they have exclusive right to those beers. Occasionally we might make them available as part of a special promo at our facilities, but 99.999% of the time you’re only going to find them at their home location, so you’re best off going there. Plus it’s in everyone’s best interest to support these venues by visiting them and enjoying these beers onsite.

Our Veritas Beers
Beers with the Veritas label are actually super-limited one-offs and small “pilot” projects, not actual releases (“Veritas” is our equivalent of the Military’s “X” / experimental designation). For example, in 2009 we piloted two Veritas — 005 and 006. Veritas 005 was made with a batch of wild grapes brought in by a friend of the brewery. Because there weren’t that many grapes, only 20-odd gallons of the beer was produced, and none of it released in bottles. Veritas 006 was bottled, but yielded only a few bottles — nearly all of which went to attendees of our annual Barrel Night (a good reason to attend Barrel Night).

So how limited is Veritas? Well, we need at least 180 cases for a special release, and 500 cases for a general release. Here’s the numbers for each Veritas we’ve ever made:

The good news is Veritas “pilots” that test well serve as the basis for new beers that go into general release under a non-Veritas name. (Point in case: Early 2010 will see the release of Framboise de Amorosa — a barrel-aged raspberry Framboise spawned out of last year’s Veritas 006.) So while you might never get a bottle of the original, you’re much more likely to enjoy its progeny.

Other Rarities
As for other one-offs and limited releases you may have heard of — Yellow Bus, JAB, 12 Hour Blend, Phunky Duck, etc. — we do occasionally produce a blend for a specific special event, but those are always limited to one or two kegs/casks and a handful of bottles (if any). They are never released at the brewery because they’re basically one-time things. (They might, however, turn up on the Vintage list from time-to-time, so it never hurts to check.)

Can we have a party or tour group there?

Yes, we can host parties, tour groups and even things like wedding receptions. You can either host your event in the tasting room area after hours or have a private party in the barrel room — either way, we can comfortably host 75 – 100 people along with food and drink.

If you’d like to hold an event at the brewery and want more information on prices and availability, please contact our tasting room and special events manager by clicking here.