No I'm Not Yes I am
The tasting room is currently open and pouring! Last call is at 6:50pm Get Directions X
Port Brewing/Seasonal
Categories 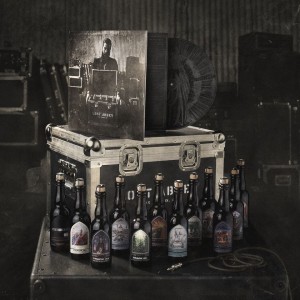 Getting the band back together… one last time.

Any remaining Tracks will be made available Saturday, November 9th, to the general public for purchase online. This will be the first and only time The Lost Abbey has allowed tracks to be purchased and leave the brewery. Previously, all sales of individual Tracks were allocated for on-site consumption only. All sales (both Box Set Owners and General Public) will be pre-sold online at www.lostabbey.com.

Ultimate Box Set Tracks 4 through 11 will be available (while supplies last) for purchase at $20 each and be limited to 2-3 bottles per track per person. (Full track availability at www.lostabbey.com)

Pickup for the purchased bottles will begin Friday, November 22nd and last through December 1st (Thanksgiving Weekend). Hours for pickup will be limited to the tasting room hours (www.lostabbey.com/tastingroom). If the purchased bottles are not picked up during the 10-day window, the bottles will be surrendered back to the brewery. More info on the pickup procedure(s) can be found at www.lostabbey.com

In addition, Saturday, November 23rd will be the final “Ultimate Box Set Wrap Party”, held at The Lost Abbey for all “Backstage Pass” holders (Original Ultimate Box Set Owners plus guest).  A few special kegs and goodies will be on hand to help wrap the tour up.  Each Ultimate Box Set owner will be contacted with further details regarding the Wrap Party.

About The Lost Abbey Ultimate Box Set
The Lost Abbey Ultimate Box set includes 13 special edition brews (aka: “Tracks” 1 through 13), a custom-designed album sleeve with the full-sized art used on each of the beer labels and liner notes from the brewers — all packaged in hand-built, numbered metal road cases. The Box Set case and album sleeve were designed by Grammy® award-winning art director Matt Taylor of Varnish Studio in collaboration with John Schulz of StudioSchulz. Each of the Sets had a retail value of $450 and was not available to the general public nor is it available for purchase. The Lost Abbey Ultimate Box Set was the recipient of the 2012 Bev Star “Most Innovative Packaging” from the Beverage World Publication. Track 8 also received a Bronze Medal (Experimental Beer) at the 2012 Great American Beer Festival and came in 2nd place for Best of Show for the 2012 FoBAB Awards in Chicago.

About Port Brewing / The Lost Abbey
Port Brewing and The Lost Abbey produces an extensive line-up of continental and American- inspired ales and lagers. Under the direction of visionary brewmaster and co-founder Tomme Arthur, the brewer has garnered dozens of awards in its seven year history including the 2007 Great American Beer Festival Small Brewery of the Year and the 2008 world Beer Cup Champion Small Brewery. The company’s beers, many of which are aged in oak barrels for 12 months or longer, are universally recognized for their complexity, unique flavors and bold boundary-pushing styles.